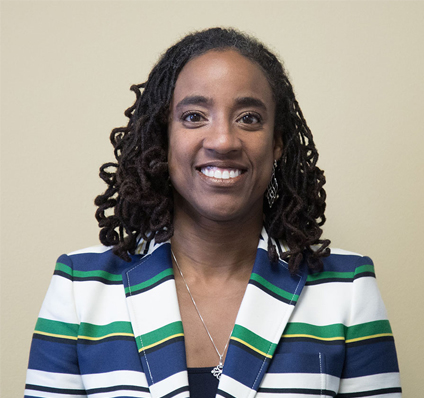 Kris Henning is currently a Professor at Georgetown University Law Center where she is Deputy Director of the Juvenile Justice Clinic. After graduating from law school, Kris was a Stuart-Stiller Teaching Fellow at Georgetown University Law Center. As a Fellow, Kris represented adults and children charged with crime in the D.C. Superior Court while supervising law students in the Juvenile Justice Clinic. In 1997, Kris joined the staff of the Public Defender Service for the District of Columbia where she continued to represent clients and helped to organize a Juvenile Unit designed to meet the multi-disciplinary needs of children in the juvenile justice system. Kris served as Lead Attorney for the Juvenile Unit from 1998 until she left the Public Defender Service in 2001. She has been active in local, regional and national juvenile justice reform, serving on the board of the Mid-Atlantic Juvenile Defender Center and on local D.C. Superior Court committees. Kris has written a number of law review articles on the role of child’s counsel, the role of parents in delinquency cases, confidentiality in juvenile courts, and therapeutic jurisprudence in the juvenile justice system. Kris received her undergraduate degree from Duke University, a J.D. from Yale Law School in 1995, and an LL.M. degree from Georgetown University Law Center in 2002. In 2005, Kris was selected as a Fellow in the Emerging Leaders Program of the Duke University Terry Sanford Institute of Public Policy and the Graduate School of Business at the University of Cape Town, South Africa.