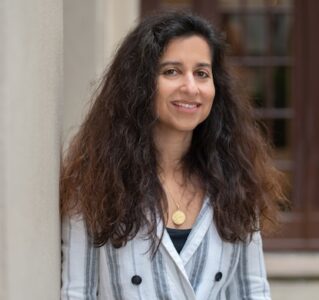 Katayoon Majd is an independent consultant with extensive social justice experience, as a public interest attorney, advocate, and grantmaker.  Most recently, she was Director of Criminal Justice Initiatives at Borealis Philanthropy, overseeing a team managing two donor collaboratives to transform policing and pretrial justice in the adult criminal justice system.  Previously, she served as Program Director for Youth Justice at the Public Welfare Foundation, where she directed grantmaking to remove youth from the adult criminal justice system, dismantle the youth prison model, and advance a community-based vision of youth justice, rooted in racial justice.  Katayoon also worked as a senior staff attorney at the National Juvenile Defender Center, focusing on issues of due process, with a particular focus on ensuring fairness for court-involved LGBTQ youth. She has also represented youth in child welfare cases at the DC-based Children’s Law Center, and was a Racial Justice Project attorney at the ACLU of Northern California. In addition, she has taught courses as an adjunct faculty member at the law schools of Howard University and American University. Katayoon received her J.D. from Stanford Law School and her B.A. in Psychology from Stanford University.